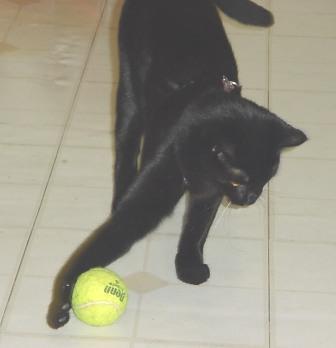 You know your cat doesn’t have nine lives and black cats aren’t witches in disguise. But these tall tales have led to incorrect notions about cats.

Here are 5 often heard feline health yarns, and how to unravel them.

Contrary to popular belief, cats are social creatures and need interaction. Dogs wag their tails and bark in delight when you come home.

Cats show affection by nuzzling your leg. Even though they’re not boisterous, they still want—and need—attention. Some cats do shun human affection, but these introverts don’t represent the whole feline species. In fact, lack of interaction can be an early sign of illness.

A cat doesn’t have to go outside to get sick, especially if it lives with other pets that do head out. When these outdoor pets come back inside, they can bring along—and pass on—all sorts of infections, from respiratory viruses to internal parasites. And fleas and mosquitoes can easily make their way into the house, then jump onto or bite an indoor cat.

Putting out extra food might satisfy their basic needs for a weekend alone, but if a cat gets sick—say from ingesting a foreign object or suffering a urinary tract blockage—while home by itself, it can be severely ill (or worse) by Sunday night when its owner returns.

4 Cats eliminate outside the litter box to be spiteful.

Instead, missing the box often signals an underlying medical condition, such as urinary tract disease or infection, kidney disease, or diabetes mellitus.

It can also be a sign of arthritis, which makes getting into the litter box difficult. Or it can be a sign of litter box avoidance resulting from a variety of factors or a sign of territorial marking. When you notice your cat eliminating in the wrong place, contact your veterinarian immediately.

Heartworms affect dogs and cats differently, but they do indeed affect cats. Heartworm disease has been reported in all 50 states.

Unlike dogs, cats are troubled by heartworm larvae (juvenile heartworms) rather than mature adult heartworms. When the larvae arrive and when they die in cats’ lungs, they cause lesions that may lead to airway and arterial disease referred to as heartworm-associated respiratory disease (HARD). Cats that exhibit asthma-like symptoms may in fact be suffering from HARD.

The disease can cause severe illness and death and approved treatments aren’t available, but it’s totally preventable with the proper use of preventive medication.